When you turn on your air conditioner, do you put any thought towards the innovations that allow your miracle box to work its wonders?

Just like many other household staples, many of us don’t have the first idea about the history of air conditioning. You may in fact assume that it’s a relatively recent invention.

So you might be surprised to learn that air conditioning has been around for a lot longer than you expect!

While the technology wasn’t quite there, the principles of evaporative cooling have been known as far back as ancient Egypt.

People would hang wet reeds in their windows. Hot air from outside would blow in through the opened window, causing the water in the reeds to evaporate.

If you’ve read our articles talking about how split system air conditioning in particular works, this might sound very familiar!

You can click here to bring yourself up to speed, but in a nutshell: evaporating liquids absorb heat from nearby air.

It’s a weird quirk in the laws of thermodynamics that powers almost every air conditioning system out there.

Thanks to this quirk, this warm air would cool as it passed through the wet reeds, providing the people inside with cool air.

It wasn’t just the Egyptians either. The Tang Dynasty in China took the same principle a step further, combining it with giant fans operated by prisoners (and later, by aqueducts).

And in the 1600s, Dutch inventor Cornelis Drebbel was reported to have invented one of the first air conditioning systems.

We were making progress!

Once science got involved in the picture, we started seeing rapid progress.

In 1758, Benjamin Franklin (of American revolution and kite-in-a-thunderstorm fame) teamed up with Cambridge University to experiment with evaporative cooling. Using alcohol as a coolant, their experiments saw them cool objects past the point of freezing.

Many other engineers and scientists followed, experimenting with different coolants and designs for cooling applications.

For a variety of reasons, none took off until Aussie James Harrison brought the first commercial ice-making machine to market in 1853.

Unfortunately, he never quite connected the dots. While he was able to build a reasonably successful ice-making and refrigeration business, he focused on food shipping rather than cooling properties.

The world changed when electricity started becoming a part of daily life. One of the most significant changes came in 1902 when American Willis Carrier invented the world’s first electrical air conditioning unit.

While initially designed with the goal of cooling down large factories and industrial properties, it didn’t take long for scaled-down versions of Carrier’s invention to make their way into homes around the world.

Ducted air conditioning soon followed, and by the 1930s, advances in technology shrank air conditioners down leading to the birth of the familiar “window rattler”.

Most old air conditioners used toxic or flammable gasses like ammonia, propane or methyl chloride as refrigerants. This often led to disaster if they leaked.

Thankfully, this period didn’t last long. Freon, a non-flammable, non-toxic coolant was invented in the 1920s. In particular, the R22 blend was the refrigerant of choice – up until very recently, that is. 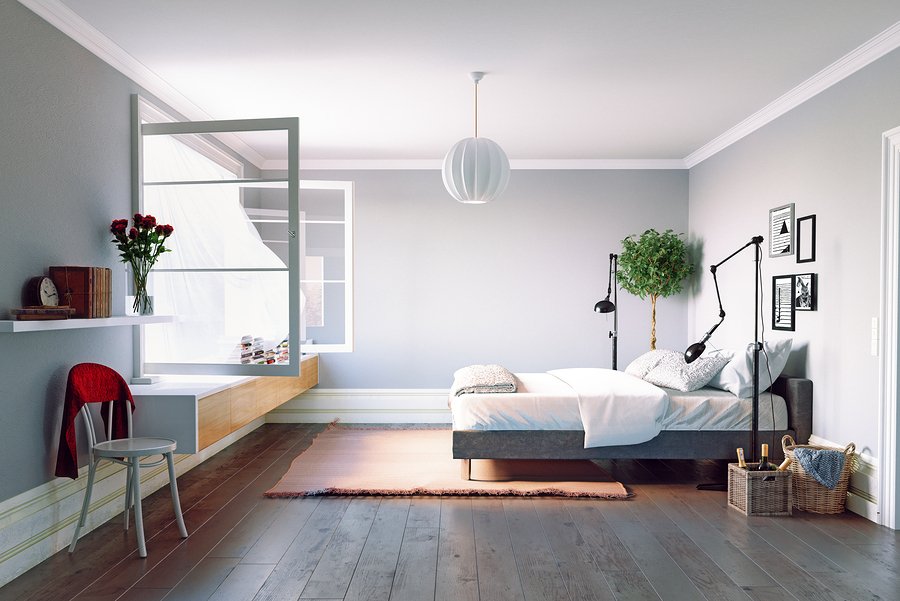 What the future holds for air conditioning (present-)

Thanks to an increased focus on the environment, it’s no surprise that air conditioners are trending towards sustainability.

This doesn’t just mean air conditioners are becoming more energy-efficient (though they certainly are!)

Since the 1990s, there’s been significant pushback against Freon-based refrigerants.

For example, R22 (which we mentioned above) is in the process of being phased out in Australia. While non-toxic to humans, it’s particularly damaging to the environment, contributing to ozone depletion.

There’s even a trend in home cooling towards unpowered, passive cooling. Rather than use air conditioning, architects are falling back on ancient techniques and baking them into designs.

The Pearl Academy of Fashion in north-west India is one example. Using heat sinks and stepwells – techniques pioneered in ancient times – it’s able to keep students cool and refreshed without the use of cooling.

Get in touch with Tri-Tech today!

It’s thanks to developments like these that air conditioning went from a luxury to a day-to-day necessity.

Does your home or business need  air conditioning installation? Or an upgrade to your old unit?

If so, Tri-Tech is your team of air conditioning experts!

We combine Australia’s leading brands with expert system design that accounts for every possible variable. This allows us to develop the perfect air conditioning solutions for your:

Our team don’t just offer air conditioning in Brisbane – we’ll come to you whether you’re in Ipswich, Gold Coast, Logan, and more!

Tri the
best for air
conditioning
installation,
service, and repairs
in Brisbane!