Want to save power this coming summer? Of course you do.

And your choice of air conditioning system can have a huge impact on your power usage!

At Tri-Tech, we’re specialists in air conditioning installation in Brisbane. We’ve provided homes and businesses throughout south-east Queensland with:

Not only does each of these types of air conditioner provide a different level of cooling – they also impact your power bill in different ways… some of which we’ll be covering today!

How efficient is the good old-fashioned window A/C?

In two words: not very!

While they may be cheap up-front and quick to install, the traditional window-rattler is the least energy-efficient type of air conditioning system on the market.

That’s because these systems have physical size limitations. They sport smaller evaporative coils than most split systems – they have to, if they’re to fit in your window.

Another thing that impacts the efficiency of window rattlers is how they’re installed.

For example, split systems are installed closer to ceilings, which allows for more effective and efficient distribution of air.

Little wonder that so many of the calls we get for air conditioning replacement in Brisbane relate to old window rattlers!

Is split system installation as energy-efficient as they say?

As a general rule, split system air conditioners are the most energy efficient type of system on the market.

Incidentally, it’s also the most common choice for air conditioning installation in Brisbane.

It isn’t hard to see why that’s the case. In our opinion, they’re a triple threat, with reasonable installation costs, sufficient cooling power for most homes and most importantly, high levels of energy-efficiency.

Of course, that isn’t always the case!

Say you had a large, open office space. Even the largest split system would struggle to provide adequate cooling, and you’d probably need multiple split systems to pick up the slack.

In summary, while split systems are generally the most energy-efficient option, that isn’t a hard-and-fast rule, and is influenced by the size of your property.

What about multi-split systems?

This option is a common choice for homeowners with smaller budgets, allowing them to save money on their cooling.

But how do they fare in terms of energy-efficiency?

As a general rule, these systems are most suited for small areas, such as bedrooms.

When they’re used for appropriately-sized rooms, they can be extremely cost-effective and energy-efficient.

Any larger however, and they’ll struggle, and may have to operate continuously in order to maintain your comfort.

And that means a higher energy bill, not to mention greater strain on your system! 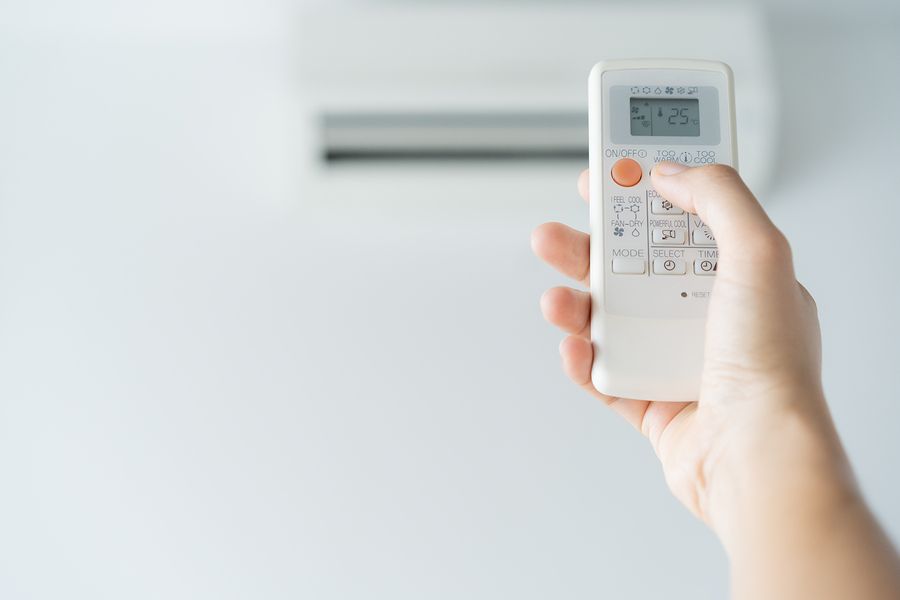 Will your power bill increase if you choose ducted air conditioning installation?

Most people automatically assume that ducted air conditioning installation will also drive up their power bill during summer.

But is this true?

As a general rule, ducted air conditioners use more electricity than a split system – however, the truth isn’t quite that simple!

While it’s true that these systems do consume more power, they’re also considerably more powerful. To get equivalent cooling with split systems might require multiple units to be installed.

At a certain point, you’re going to hit diminishing returns with split systems. Specifically, you’ll reach the point where it will be cheaper to run a single ducted system than multiple split system air conditioners.

Tri-Tech can help you find that point.

One of the many factors we consider when performing ducted air conditioning installation in Brisbane is power consumption, and how it will affect your energy bill.

We’ll help you choose a system that has the least dramatic impact on your electricity usage.

And that includes innovative new technology such as…

This allows us to perform ducted air conditioning installation in properties that wouldn’t be able to support conventional ducted cooling:

However, there’s another benefit to SDS: if you guessed improved energy-efficiency, you’d be correct!

Owing to smaller ducts, your air condition requires less energy to move the same amount of air, bringing down your energy bill – in our experience, savings of 50% aren’t uncommon, with some cases saving even more!

Extras that can reduce your energy-usage

So you’ve chosen ducted air conditioning installation for your home or business.

Your air conditioning technician has crunched the numbers, and concluded that it’s a more cost-effective option than relying on multiple split systems.

All that said, you’re still worried about what this is going to do to your power bill.

Luckily, there are options out there!

By adding gates to your ducted cooling system, zoning can also bring down your power bill.

Essentially, you can “shut off” the cooling to certain rooms, bringing your electricity bill down. If there’s a room that barely sees any use, you shouldn’t waste power cooling it down, right?

WIth zoning, you’ll be able to close that room off, allowing air to be redirected elsewhere.

This speeds up cooling in other parts of the house, reducing your energy usage.

Another popular set of extras that are being included in many air conditioning installations in Brisbane are temperature and movement sensors.

When combined with zoning, these can dramatically lower your energy usage.

How often do you use your bedrooms during the daytime hours? For most, the answer is “not very much.”

When movement sensors don’t detect any activity, they’ll tell your ducted air conditioner, which will zone off that room.

Nobody’s using the room, after all – what’s the point in wasting energy cooling it?

The moment movement is detected however, the system will start up and cool the room for you.

Learn about other temperature-management extras.

At Tri-Tech, our mission is to provide you with the best possible cooling at the best possible price. This goes beyond the up-front purchase and installation cost – it also extends to the impact your air conditioner will have on your power bill.

Each air conditioning brand offers a wide range of systems with different specs. Next week, we’ll be spotlighting some of these systems, ensuring that you’re fully informed.

If you’re planning air conditioning installation in Brisbane, you’ll want to keep your eyes peeled for that!

Have questions that need answers ASAP? Check out our FAQ – alternatively, get in touch with us directly at (07) 3394 0222 or online.

Tri the
best for air
conditioning
installation,
service, and repairs
in Brisbane!